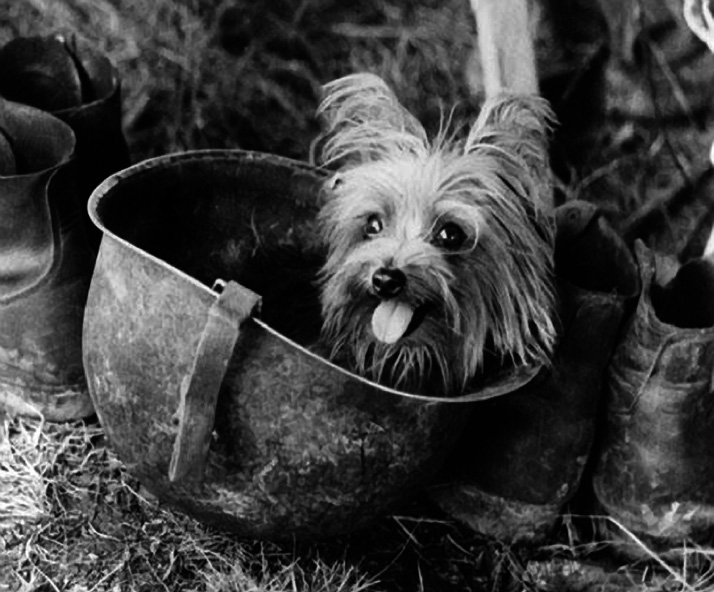 I never fail to be amazed by the quality and depth of relationships forged between man and canine – sometimes in the most extreme of conditions – and the unwavering devotion from them that we do not always deserve.

I came across the story of Smoky the Yorkshire Terrier while looking up Remembrance Day articles. She weighed in at 1.8kg and stood just 180 mm tall but she has left a remarkable legacy. 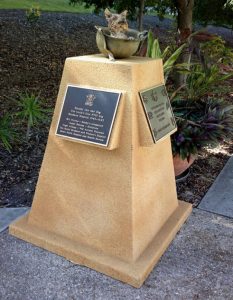 Monument to Smoky the War dog at the Royal Brisbane and Women’s Hospital campus. Dedicated to all War animals They also served Lest we Forget

Smoky was discovered in a foxhole deep in the New Guinea jungle during WW11. How she got there is a mystery. The endearing little dog became an unofficial member of the SWPA’s26th Recon Squadron. As part of the company Smoky participated in 12 missions, parachuted from combat planes, running communication lines and alerting the men of incoming fire or shelling. The men shared their rations and shelter with her in that harsh environment until her adopted human, Corporal Bill Wynn, fell ill with Dengue Fever.

Smoky was allowed to stay with him in hospital while he underwent treatment.
Busy little Smoky insisted on accompanying the nurses as they tended to casualties, completed their rounds and comforted the distressed.

The benefits to the men was noticed by the Commanding Officer, Charles Mayo – Yes THAT Charles MAYO – and she began her 12 year career as a therapy dog.

Preparing to go home her human Corporal Bill Wynn decided he could not bear to leave her, so he smuggled her on a USA bound ship sneakily hidden in an oxygen mask case.

This brave, busy little dog continued to bring comfort to returning soldiers until passing peacefully in her sleep at 14 years of age.

How gorgeous is she in this picture! Imagine her living charisma and the effect she must have had on the weary, injured and heartsick.

10% off a range of Products! Sale ends at the end of MayShop Now